Distance yourself from a bad neighbor;

do not associate with a wicked person;

and do not despair of retribution.

Distance yourself from a bad neighbor.

The closer we live to one another the more our habits (good and bad) grate on others – and theirs on us.  Apartment dwellers living above you like to dance in the middle of the night?  Next door to you the people have the TV blaring all the time?  Even in the suburbs things can grate on us – a neighbor that won’t cut their grass at all – or one that cuts their grass every day so that YOURS looks bad in comparison!

I have a particular personal pet peeve about folks in our neighborhood who do not pick up after their pets and others who feel free to just drop their water bottles and other trash along the path in our little park.

The sage responsible for this wisdom (Nittai of Arbel) is not really talking about  these sorts of aggravations however.  He certainly lived in a time and place and culture that was far, far more communal than ours is today.  He would be amused by what we consider to be serious invasions of our personal space, our “rights” to privacy and peace and quiet.

What he was talking about we can see from the context – morally “bad” neighbors.  The advice is to distance ourselves from those whose moral behavior is not consistent with our faith – lest we be enticed to behave in similar ways.  This is the negative statement of something we read earlier (let your house be a meeting place for scholars / good people…).  In both statements the wisdom reminds us that who we come into contact with, who we spend time with, etc. really matters because they influence our own attitudes, they influence our behavior in the long run.  Moms and dads, for thousands of years, have watched over and worried about the friends of their children because they knew this was true.  What we may not have realized is that it’s true for all of us at all ages!

Note that it says “distance” – it doesn’t say “declare war on this person”!  It doesn’t say “take him or her to court”.  It doesn’t say “be hostile”.  Just distance yourself.  As an experiment – instead of spending evenings wishing that the bad neighbor would just move away – try praying for them, that they might repent.  You never know.

Do not associate with a wicked person.

This phrase seems to duplicate the first, but with a slightly stronger message.  The wicked person involved may not be your neighbor but a co-worker, someone in the larger community that you come into contact with.  The same reasoning from above applies. 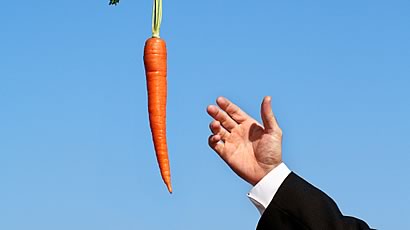 Several years ago in Washington DC’s tax offices a mid-level supervisor figured out a way to “game the system” and began to receive bogus tax refund checks for herself.  As time went on she took more and more but then began to need the help of others in the office.  Slowly she pulled them into the scheme – signing off on this form, cashing that check, and getting a portion of the money for themselves.  And then they all got caught.  They were all adults but, one by one, nearly everyone in the office gave in to the temptation and then adopted the attitudes and desires and behaviors of their colleagues.

The moral?  If someone or some behaviors don’t smell right – don’t hang around!   Pretty soon you don’t notice the smell any longer – and it gets stronger and stronger without you noticing!  And finally, you also begin to stink.

And do not despair of retribution.

I do not think that the sage is advising us to be constantly fueling an inner anger towards others.  Such an anger generally does more harm to us than to anyone else.  (We are not advised to be complacent either.)

The advice means, I think, that either in this lifetime or the next, people who do evil will suffer the consequences of their actions.  We cannot lose sight of this conviction!

We believe in a God who is good and just, in a creation that is fundamentally good.  As Christians we believe that the world has been redeemed.

It is not for us to know how or when retribution may happen to others, we are to worry about ourselves and our own sins and problems.  But, to become resigned to the evil ones “winning” is to lose confidence in our God, to begin to lose our faith altogether.

A rabbinic commentator also notes that this verse can be read in an alternative way – those who are sinners, who have done great wrong, should not despair in the face of their coming retribution.  They should not think to themselves that they cannot and (therefore shouldn’t even try) to change.  True repentance and forgiveness remain possible, no matter what they have done.

Questions to think about: